Throughout the history of bilateral relations between Egypt and Ethiopia, Egypt has never denied Ethiopia’s right to use the natural resources on its land or those that pass through it for development purposes. However, when Ethiopia’s projects involve the River Nile, which it shares with other countries and on which other peoples’ existence depends, all the parties involved have to negotiate and cooperate in good faith to minimize the chances of potential losses and maximize mutual benefits.

These facts seem, simply, logical. Nonetheless, the reality of the decade-long painstaking negotiations over the Grand Ethiopian Renaissance Dam (GERD) between downstream Egypt and Sudan and upstream Ethiopia, reveal Ethiopia’s stringency in all the technical points up for negotiations. This was clearly demonstrated when Ethiopia ignored the reports of the International Panel of Experts (IPoE) in which Ethiopian experts were members. Ethiopia categorically rejected the reports. The same thing happened with the reports of the consultancy offices, and again with any serious attempt to accurately and objectively assess the dam and its effects.

Ethiopia’s positions raise countless doubts about two things: whether Ethiopia is armed with enough technical studies for such gigantic projects; and whether it is ready to negotiate with flexibility and in good faith to resolve the fundamental technical disagreements that concern downstream countries, particularly those related to holding off the Nile waters and the collapse of the dam.

First: The size and capacity of GERD reservoir

Of the most controversial technical issues about the GERD is the capacity of its reservoir, which is many times the actual need to generate electricity, especially with the continuous Ethiopian insistence that the Egyptian and Sudanese sides bear all the expected negative impacts due to the first filling of the dam and during the years of drought and prolonged drought.

Instead of providing facilities and showing flexibility during negotiations, the Ethiopian side began to increase the targeted technical specifications during the course of negotiations, such as increasing the targeted energy generated from the dam, increasing the size of the reservoir, raising the height of the dam, and complicating the process of filling and operation.

By going back to the initial studies on which the dam was based, it has been found these studies have been described by experts, including members of the IPoE, as very old, dating back more than half a century. Ethiopia relied, without any updates, on the technical report conducted by the United States Bureau of Reclamation (USBR) in favor of Ethiopia in 1964, in which it was proposed at that time to build four small and medium-sized dams. It was stated in that report that the capacity of the proposed dam reservoir near the Sudanese border (the site of the Renaissance Dam) does not exceed 11.1 billion cubic meters. Throughout the negotiations, Ethiopia has not submitted any more recent independent studies on the dam.

On 13 March 2011, Reuters published an official statement by Ethiopian Electric Power Corporation’s said that the GERD will produce 5,000 MW of electricity in five to 10 years. During the same month, when the construction of the GERD was announced officially, without notifying downstream countries as stated in international agreements on transboundary rivers, even the Ethiopian technical committees were surprised to find the size of the reservoir had increased to the capacity of 63 billion cubic meters, which is approximately five times the capacity mentioned in the US studies on the dam.

As negotiations went on, the capacity of the GERD reservoir was increased many times to reach 74 billion cubic meters!

Second: Changing the location of GERD

The geographical location of the GERD remains an enigma. If the project was meant only to generate electricity, there were many geographical alternatives with better technical specifications to construct a new dam in Ethiopia, as was the case with other dams Ethiopia built.

The site of the dam was deliberately chosen to be literally adjacent to the Sudanese border. It is located less than 15 km from the Sudanese border, for Ethiopia to avoid being affected by any expected repercussions from the cracking or total collapse of the dam. The current site, moreover, gives Ethiopia the ability to control the course of the Blue Nile from its nearest flow points toward Sudan and Egypt.

As is always the case, the Ethiopian fallacies started at an early stage, since the first announcement of the construction of the dam in 2011 when official Ethiopian media announced that the GERD was located 40 km from the border with Sudan. It was later proven the statement was part of the official policy of misinformation. The real distance between the GERD and the Sudanese border is about a third of the declared distance. Meanwhile, the dam is located 750 km from the capital, Addis Ababa, and hundreds of km away from the main population centers in Ethiopia, and in the absence of an integrated network to transfer electricity generated from the dam to the areas of expected consumption.

The 2013 IPoE report, in which experts from Egypt, Ethiopia and Sudan as well as independent experts participated, pointed out that the GERD is built on unstable rocky terrain and is subject to the dangers of earthquakes and slides, which is a hazard to the structure of the dam. Moreover, the GERD is built between two high hills, the height of each is 600 meters.

It must be taken into consideration that the average slope of the Blue Nile stream in the Ethiopian lands is very steep, reaching 1,786 meters from the origin of the Blue Nile at Lake Tana to the site of the dam. This would put great pressure on the body of the dam, according to studies by Asfaw Beyene, Ethiopian professor of mechanical engineering at San Diego State University, who believes that the choice of the site of the Renaissance Dam should be based on the ability to irrigate from the reservoir, due to the relatively easy access to flat land and the lowered soil leveling process from the origin.

Despite the fact that scientific evidence supports the choice of the dam’s location for irrigation and agriculture purposes, not to generate electricity, the statements of former Ethiopian foreign minister Berhane Gebre-Christos in 2013 came to deny this fact. He declared that “the Renaissance Dam will only be used to generate electricity, not for irrigation. It is technically impossible to use the dam for any agricultural purposes.” The same statement was repeated later in the New York Times’ coverage of the dam issue during a field visit by former CEO of the project, Simegnew Bekele, whose murder in 2018 was shrouded in mystery.

This official Ethiopian narrative was used to neutralize Egyptian fears. Ethiopia claimed the dam is being constructed to generate energy, which would require passing as much water through its passages to go into the electricity-generating turbines, and therefore it would not be in Ethiopia’s interest to hold large quantities of water in the dam’s reservoir for a long time, whereas the announcement of successive reductions in the number of turbines and the volume of energy generated from the dam came to confirm that the Ethiopian purpose is to hold off water to use it for purposes other than to generate electricity.

As such, the Ethiopian discourse on the Renaissance Dam reveals a great deal of confusion that was clearly embodied in changing Ethiopia’s technical information about the size, location, and purpose of the dam, as well as the great contradiction in the statements of Ethiopian officials about the dam from one stage to the other. 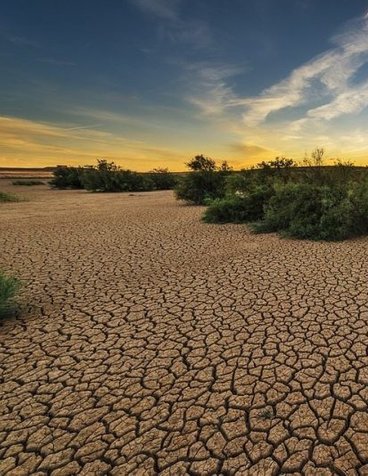 This is the official website of the Egyptian Embassy in Stockholm © 2023. External links to other Internet sites should not be construed as an endorsement of the views or privacy policies contained therein.